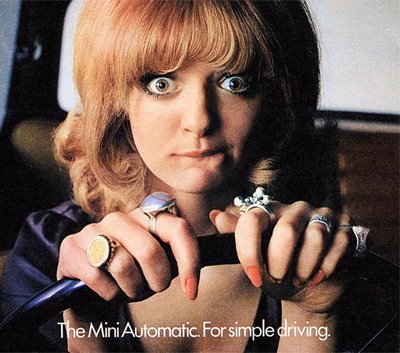 To think I was a teenager in this era, what messages did I receive into my uncouncious mind?  Actually my mother  was a great role model for me, she would not be subordinate to anyone, worked hard and was financially independant  with a strong work ethic…….. until she met husband no.2 and produced my little brother

This is probably why I have run my own business  for last 20 years and left a marriage that was not  at all “balanced”……..  dont think I dont believe in marriage, because I do, I just haven’t seen any marriages that convince me its the right thing.

I look at these images with shock actually,  and can see why it resulted  in such a backlash, burning bras and the like.  Think because I did not  grow up in the archetypal image of a household where dad was respected and mum stayed at home, I couldnt see what all the fuss was about,  always felt it went to the extreme, but this is how the pendulum of change swings, the the extremes before settling back down.

But has sexism gone?, NO! we all know that, its just in a different format, its gone underground !!    still alive but not so blatant !!